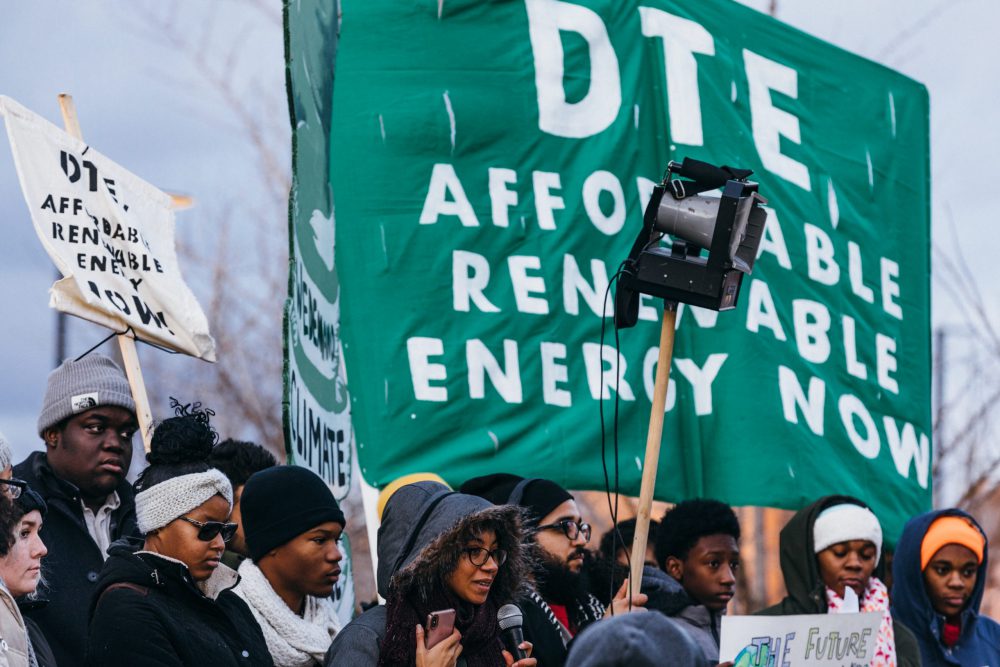 In Michigan, we deserve safe infrastructure & affordable utilities. But last week, SE Michigan’s disinvested electric grid buckled under climate crisis storms, and 850,000+ homes & businesses lost power, including many of us here at MEJC.

Let’s be clear: We in SE Michigan experience frequent and severe power outages because DTE prioritizes shareholder returns over our health and wellbeing, and the Michigan Public Service Commission has failed to hold them accountable. In fact, we endure among the nation’s worst reliability while paying some of the fastest-rising bills.

We lose days of work and school, and make new childcare arrangements; we throw out spoiled groceries; we toss and turn at night without fans or air conditioning; we take in family and friends as Delta COVID cases rise. Some people leave their homes for secondary shelter. Power outages put our community’s health at risk. Earlier this summer, Planet Detroit reported predictions that in metro Detroit, a combined heat wave and power outage could be as deadly as Hurricane Katrina.

Also last week, the Senate passed an infrastructure bill that included $10 billion for electric grid reliability. But we know that lack of resources is not the reason that extremely profitable companies like DTE fail to maintain a safe and resilient electric grid. The barrier is a lack of accountability. Case in point — see State Rep Yousef Rabhi’s comparison of power outages in Lansing, whose power comes from a public municipal utility, versus in DTE & Consumers’ service areas.

In response to massive grid failure in Texas in January, Representative Cori Bush authored the Public Power Resolution. The resolution acknowledges that our investor-owned utility system is antithetical to a just transition to renewable energy, climate resilience, and racial and economic justice, and calls for a national transition to highly accountable, public and cooperative utilities. (See our June conversation about the Public Power Resolution with Rep Bush staffer Saul Levin.)

Right now, after SE Michigan’s fourth major blackout in six weeks, we need to intervene at the intersection of basic needs and corporate accountability. Please take action with us.